Centre for the Study of Democratic Institutions
» Home » 2017 » July » 26 » William Bianco: Unified Government Without Governance under the Trump Presidency
News
Past Events

William Bianco: Unified Government Without Governance under the Trump Presidency

Join us for a talk by William Bianco (Indiana University), August 2nd 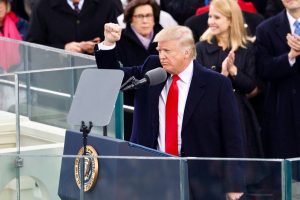 Abstract:
Donald Trump has been President of the United States for six months. The Republicans control the presidency and both Houses of Congress.  Our best theories of policy-making predict unified government should be a time of legislative action and innovation — but six months post-inauguration, little has been accomplished.  Trump’s approval ratings are dismal, he has delivered on none of his campaign promises, his senior staff are under investigation for collusion with Russia, his executive branch is disorganized and in constant conflict with a Congress controlled by his own party.  At the same time, it is hard to describe a credible scenario where Trump does not serve a full term in office.  What is the combination of institutions and norms that has produced this situation?

Bio:
William T. Bianco is professor of political science at Indiana University, Bloomington. His research focuses on congressional institutions, representation, and international cooperation in crewed spaceflight. He received his undergraduate degree from SUNY Stony Brook and his MA and Ph.D. from the University of Rochester. He is the author of Trust: Representatives and Constituents and numerous journal articles. His research and graduate students have received funding from the National Science Foundation and the National Council for Eurasian and Eastern European Research. He has served as a consultant to various candidates, political parties, and government agencies. He was also a Fulbright Senior Scholar in Moscow, Russia, during 2011–12.

This public event is co-sponsored by the Peter Wall Institute for Advanced Studies and the UBC Centre for the Study of Democratic Institutions.