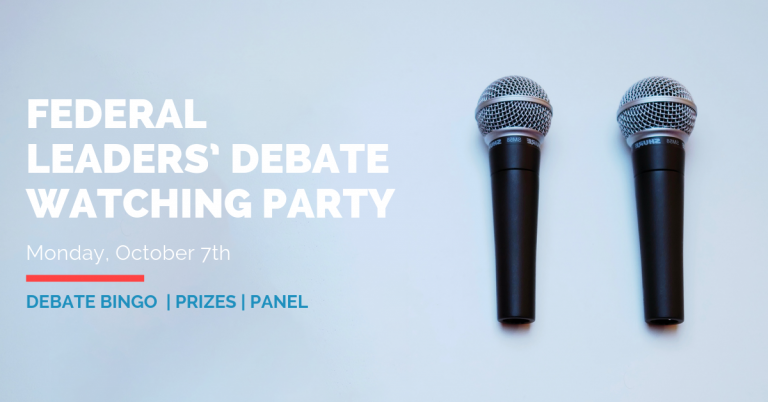 Join us to watch the televised Federal Leaders’ Debate, in the lead-up to the Canadian federal election on October 21st, and enjoy Debate Bingo with prizes!

Debate watching will be followed by an informal panel discussion with UBC professors Carey Doberstein, George Hoberg, Sarah Lachance, Sheryl Lightfoot and others to be confirmed.

Co-hosted by: The Department of Political Science, the Centre for the Study of Democratic Institutions, and the School of Public Policy and Global Affairs