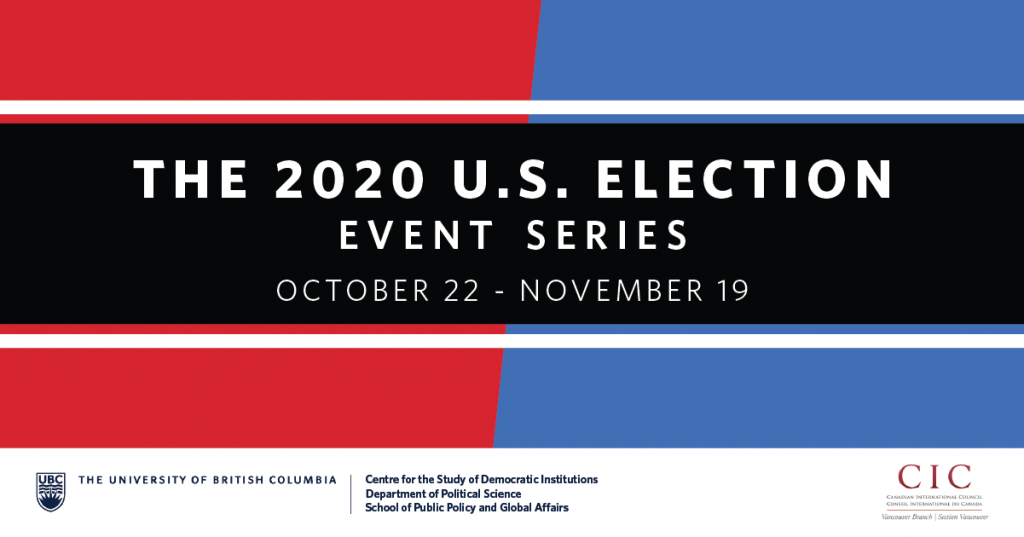 In a year marked by turmoil and unprecedented threats to democratic process, the 2020 U.S. Presidential election was the most bitterly contested and consequential race in recent years. The COVID-19 pandemic has laid bare the structural inequalities and harsh realities faced for decades by the vast majority of Americans. Persistent racialized violence and police brutality have been met with global protests and widespread calls to dismantle systems of violence and oppression. Wildfires and storms have provided stark reminders of the existential threat of climate change. In addition to the very real, moral issues at stake, the country is faced with challenges to the primacy of objective truth and reality and a rejection of longstanding procedural norms in the government’s handling of these overlapping crises. This election may prove to be the ultimate stress test for democratic values, norms and institutions in the United States.

This series looked at issues and dynamics driving the campaigns, legal questions that dominated the days and weeks after the election, the election’s impact on global politics, the pandemic, and what we can expect as we head into 2021.

The Aftermath of the U.S. Election: What’s Next?– November 19th
This panel covered Presidential governance from 2021-2024, its priorities and prospects, the results of Congressional wins, the impact on international trade policy and global governance, and the impact on the Covid-19 response and what we can expect going forward.
Panelists: Kristen Hopwell (SPPGA), Gyung-Ho Jeong (Political Science), Heidi Tworek (History, SPPGA), Paul Quirk (Political Science). Moderated by Sheryl Lightfoot (FNIS, Political Science)

The Day After 2020 US Elections – November 4th
The day after the U.S. elections, our panelists discuss turnout and election night returns. Given the less than traditional nature of this election, clear results may not be forthcoming immediately, but some of the next steps may be clear. Our panelists discussed the legal issues around vote counting and the determination of a winner and what processes might be invoked to clarify results. They looked at international reaction to the outcome and what to expect in the coming weeks.
Panelists: Kristen Hopewell (SPPGA), Robert Russo (Allard School of Law), and Matthew Wright (Political Science). Moderated by Megan Dias (University of Texas at Austin).

Religion & US Election – October 27th
Co-sponsored by the UBC Public Humanities Hub, Program in the Study of Religion, and Centre for the Study of Democratic Institutions at the School of Public Policy and Global Affairs.

Doubling Down on Democracy? – October 22nd
In the midst of a global pandemic, tens of millions of Americans have already begun voting in record numbers. This panel will first provide an overview of the nuts and bolts of the campaigns, the overall context of this election, its dynamics and even a little something of a forecast. Panelists will also discuss the impact protests against racialized violence and police brutality have had in shaping public opinion and the impact of voter suppression and intimidation. Finally, the panel will consider the possibilities of an unclear or contested outcome and possible scenarios for the immediate aftermath of the election.
Panelists: Bruce Baum (UBC Political Science), Richard Johnston (UBC Political Science), Robert Russo (UBC Allard School of Law). Moderated by Lisa Sundstrom (UBC Political Science).