Centre for the Study of Democratic Institutions
» Home » 2020 » October » 27 » Trolled on the Campaign Trail: Online Incivility and Abuse in Canadian Politics
News
Past Events

Trolled on the Campaign Trail: Online Incivility and Abuse in Canadian Politics

Follow these links for more information about the report, in the media & the report’s authors and researchers. 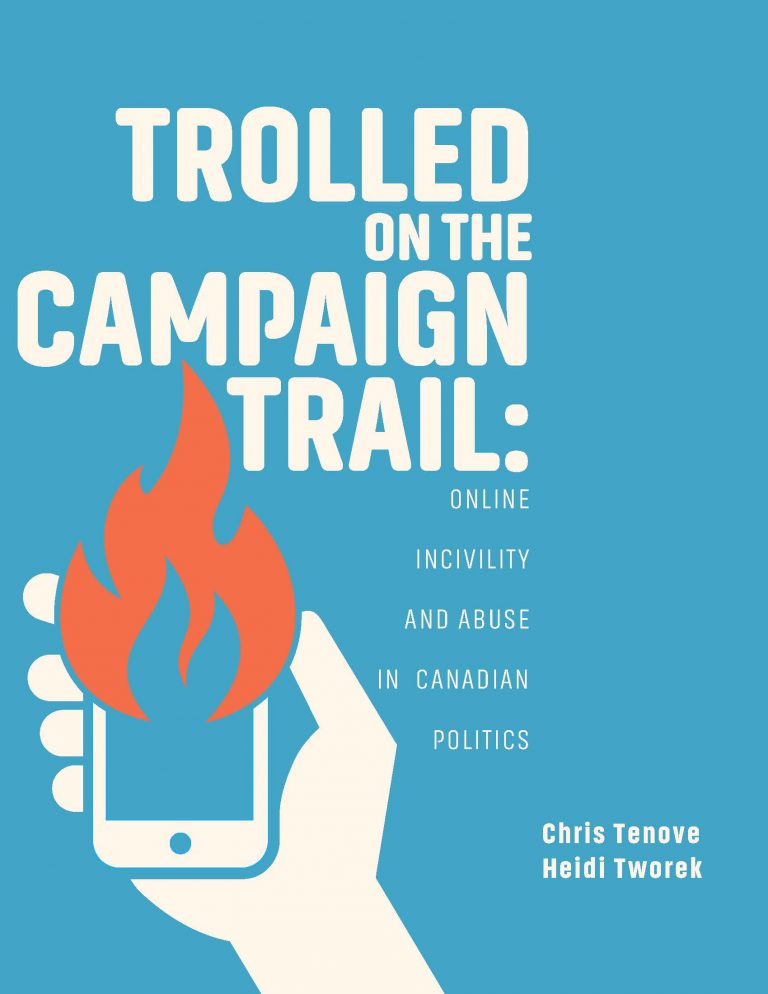 Social media are crucial for contemporary election campaigns, and the Covid-19 pandemic has only accelerated that trend. While online interactions during campaigns can be positive and productive, candidates also face insults, threats, hate speech, and other forms of incivility.

This report examines incivility on social media in the 2019 federal election campaign and beyond. It draws on an analysis of over one million tweets directed at candidates in the 2019 campaign, and on interviews with candidates, campaign staff, and elected officials.

Our major findings include:

Overall, we argue that pervasive incivility and frequent abuse threaten the security and wellbeing of public figures and their staff, undermine productive engagement between citizens and candidates during campaigns, exacerbate distrust and polarization in our politics, and present further barriers to political participation by people from under-represented groups.

This report does not propose a quick fix for online incivility directed at candidates and elected officials. Instead, it offers an evidence-based assessment of the problem and options to address it. The actions we propose are just part of a broader effort to promote the meaningful and inclusive discussions that are necessary for a robust Canadian democracy.

This report was developed with support from a SSHRC Partnership Engage Grant, and from UBC’s Language Sciences Initiative and the Centre for the Study of Democratic Institutions at the School of Public Policy and Global Affairs. The research that informed this report was supported by a grant from the Digital Ecosystem Research Challenge (University of Ottawa and McGill University).

We thank Equal Voice for partnering with us in this endeavour.

Please see the report for our full acknowledgments.

Citation: Tenove, Chris, and Heidi Tworek (2020) Trolled on the Campaign Trail: Online Incivility and Abuse in Canadian Politics. Vancouver: Centre for the Study of Democratic Institutions, University of British Columbia.

CHRIS TENOVE is a Postdoctoral Fellow in the Departments of Political Science and History at the University of British Columbia. He has published peer-reviewed articles, book chapters, and policy reports on cyber-security threats, harmful speech, and disinformation. His last major report for the CSDI was Digital Threats to Democratic Elections: How Foreign Actors Use Digital Techniques to Undermine Democracy. Tenove previously worked as an award-winning journalist and broadcaster. For more details see www.tenove.com, or follow him on Twitter @cjtenove.

HEIDI TWOREK is Associate Professor in Public Policy and International History at the University of British Columbia. Tworek has advised and testified before governments around the world on social media, hate speech, and democracy. She is the award-winning author of News from Germany: The Competition to Control World Communications, 1900-1945 (2019) as well as many journal articles and book chapters. Her writing has appeared in English and German in outlets such as Washington Post, The Atlantic, and Frankfurter Allgemeine Zeitung. She is a non-resident fellow at the German Marshall Fund of the United States and Canadian Global Affairs Institute as well as a senior fellow at the Centre for International Governance Innovation. Her last report for CSDI was on democratic health communications during Covid-19. For more details see her UBC profile or follow her on Twitter @HeidiTworek.

TREVOR DELEY is a PhD candidate in e-business at the University of Ottawa. He has a BSc in Neuroscience, an MSc in Biology and Data Science, and worked as a software developer at IBM.

JASKIRAN GAKHAL recently graduated with an Honours in Political Science from UBC. She is now a JD candidate at UBC’s Peter A. Allard School of Law.

GRACE LORE teaches at the University of Victoria. She provides research and communications support for not-for-profits, and has helped provincial and territorial legislators draft sexual harassment policies.

SONYA MANUEL is pursuing a Master of Public Policy and Administration at Carleton University. She recently graduated with a double major in Political Science and Psychology from UBC.

VERONICA STOLBA recently graduated with a major in Political Science and a minor in Law and Society from UBC, where she was Associate Vice President of Academic Affairs of the Alma Mater Society.