The Centre for the Study of Democratic Institutions seeks to advance publicly-engaged research, teaching, and dissemination of ideas and knowledge about innovation in democratic practice and institutions.

Through its programs, the Centre supports excellence in research and teaching, brings together scholars, public officials and students from diverse backgrounds and academic disciplines, and works with governmental and non-governmental organizations. The Institute for Future Legislators (IFL), an innovative program that prepares people for public life, is one of the Centre’s major activities.

The Centre for the Study of Democratic Institutions is part of the School of Public Policy and Global Affairs (SPPGA) at the University of British Columbia. It also operates in association with faculty in the Department of Political Science.

Professor Heidi Tworek (SPPGA and History) is Director of the CSDI. Dr. Tworek is Tier 2 Canada Research Chair in History and Policy of Health Communications. Her research brings a historical sensibility to policy discussions, particularly around communications and international organizations.  She has briefed or advised officials and policymakers from multiple European and North American governments on media, democracy, and the digital economy. She co-edits the Journal of Global History and manages the United Nations History Project

The Centre has a six person Advisory Board to assist the Centre with programming and resources, and to advise on the direction of the Centre’s activities. 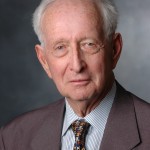 The Merilees Chair was established in 2002 by a generous gift from Gail and Stephen Jarislowsky though the Jarislowsky Foundation, for the purpose of strengthening democratic institutions and values in Canada and around the world.

The Centre for the Study of Democratic Institutions is anchored by the Harold and Dorrie Merilees Chair for the Study of Democracy. The Chair was established in 2002 by a generous gift from Gail and Stephen Jarislowsky though the Jarislowsky Foundation, for the purpose of strengthening democratic institutions and values in Canada and around the world.

The Chair is named in the memory of Harold and Dorrie Merilees. Harold (1908-1972) was a native of Vancouver, where he was widely known for his ability to connect with people of all backgrounds and ages. He was a civic activist, promoter of British Columbia, and an MLA from Vancouver Burrard from 1969 until his death.  His many accomplishments included establishing the Vancouver Sea Festival and the Vancouver Maritime Museum as head of the Vancouver Tourist Association (the precursor to Tourism Vancouver. Harold organized public projects such as the Victory war bond campaign, Vancouver’s diamond jubilee celebrations in 1946, the British Empire Games in 1954, United Appeal, the World Refugee Year, the Centennial year and the B.C. Centennial in 1958.

Dorrie Merilees (1910-95), also a native of Vancouver, trained as a dietician at the University of Washington, and was a licensed pilot. Dorrie was an active member of the Canadian Institute of International Affairs, and took a passionate interest in the health and well-being of peoples around the world. An extensive traveler, her concerns took her to China twice before the country was open to tourism. She also travelled to Russia during the communist regime, and to both Israel and Egypt after the Six-Day War.  Dorrie visited every continent before her death.

Stephen Jarislowsky is Chairman and Chief Executive Officer of Jarislowsky, Fraser Limited, which has grown to become one of the largest and most successful investment management firms in Canada under his forty years of leadership. Stephen has vigorously advocated responsible and accountable corporate governance, and serves on numerous corporate boards. His many honours include the Order of Canada, as well as honorary degrees from many universities.

The Jarislowskys believe strongly in the power of education to create dynamic, just, and democratic societies. As forward-looking business, community and philanthropic leaders, they have established eighteen university chairs across Canada to advance excellence in higher education and to create a better future for all.